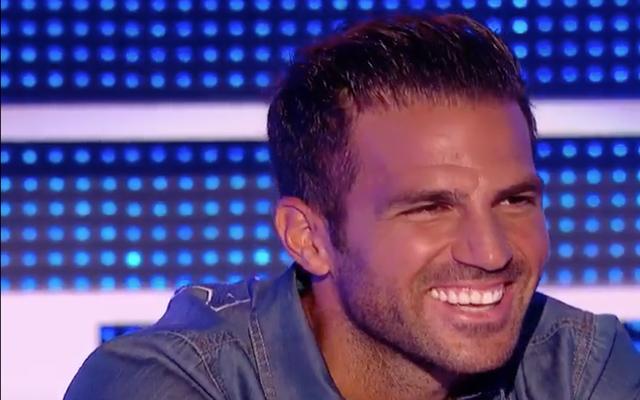 After years of speculation and names being put forward as a guilty party, former Arsenal midfielder Cesc Fabregas has finally admitted he threw the slice of pizza.

Said slice of pizza was the one that hit former Manchester United boss Sir Alex Ferguson, with BBC Sport revisiting the incident three years ago to re-tell the tale.

It all happened in 2004 after Arsenal’s 49-match unbeaten came to an end at Old Trafford, with the two rivals clashing on the pitch and in the tunnel after the game.

While the melee was happening, Sir Alex was struck by a slice of pizza thrown by an Arsenal player, with the report above noting that there were already strong suspicions that it was Fabregas.

In a guest appearance on A League of their Own on Sky One, the Spaniard has finally put the mystery to bed by confirming that it was indeed him who was guilty of sparking the food fight.

We don’t condone his actions, and we certainly welcome a conclusion to the investigation. After years of bad blood between the two Premier League rivals, which in time has dissipated, they’ll be happy to finally draw a line under this contentious incident!