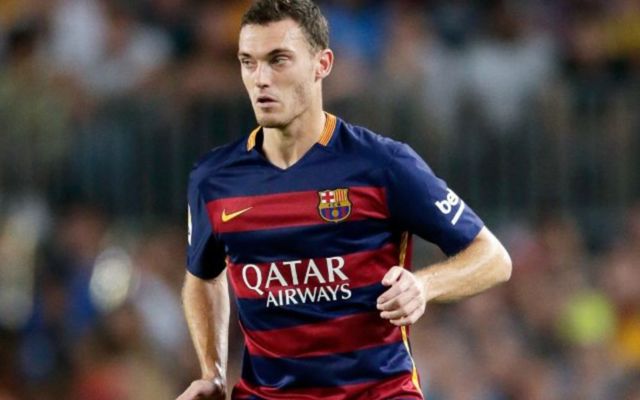 Barcelona defender Thomas Vermaelen has admitted that he could be forced to consider his options in January after a lack of playing time so far this season.

The Belgian international joined the Catalan giants in 2014, but through a combination of injuries, loss of form and a loan spell at Roma last season, he’s only made 21 appearances for the club.

He would surely have known that competition for places would have made it difficult for him too, with the likes of Gerard Pique and Samuel Umtiti ahead of him in the pecking order.

However, with the World Cup in Russia next summer in mind, he’s finally decided that it might be the time to move on in search of regular first-team football, and who can blame him.

“I don’t play and therefore I’m in a difficult situation,” he is quoted as saying by Mundo Deportivo. “I can’t even play for Barça B where I could get back into shape as the Spanish rules don’t allow it.

“In football, you never know what will happen, if there is an injury or suspension which opens doors. That’s why I’ll wait until January and then I’ll decide my future.”

Vermaelen will be disappointed as it’s added in the report that coach Ernesto Valverde had assured him he was a key part of his plans and in turn wasn’t available for transfer this past summer.

In turn, to then not even make a single appearance so far this season, it’s a setback that will naturally make him question his future with so much on the line this year ahead of the World Cup. The January transfer window could be a perfect opportunity to seal an exit and get five months of regular football under his belt to convince Roberto Martinez to include him in his squad.