Manchester City are reportedly ahead of rivals Manchester United in the race for New York City FC winger Jack Harrison, as Pep Guardiola’s side have first refusal on the player due to their links with the MLS outfit.

Harrison, 20, has recently been called up by Aidy Boothroyd to the England Under 21s squad for their U21 European Championship qualifiers against Scotland and Andorra next week.

Man City will have first rejection on Harrison due to the connection they have with New York City, according to the Sun.

The report also states that Guardiola could invite Harrison over to train with his City squad in the near future in order to get a closer look at him.

Harrison has had an impressive league campaign in 2017 for Patrick Vieira’s side so far, with the Englishman managing to bag himself 10 goals and three assists in 32 league appearances. 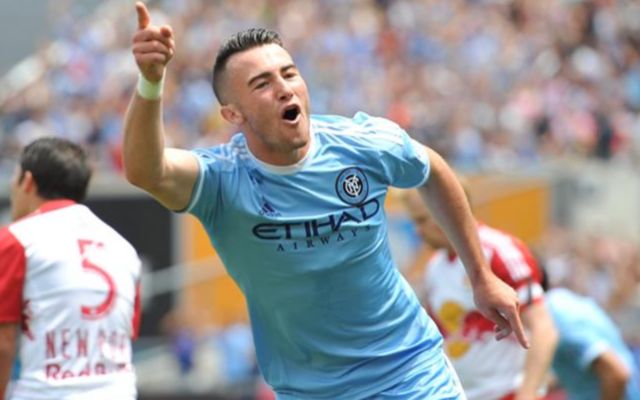 Still, the England youth international will have to find a way to get himself ahead of one of Kevin De Bruyne, David Silva, Fernandinho, Yaya Toure and Fabian Delph in order to find himself starting for the Citizens.

If City do get a deal done, the youngster is likely to be seen as one for the future at the Etihad Stadium, and could prove a sound investment if he continues to improve at his current rate.