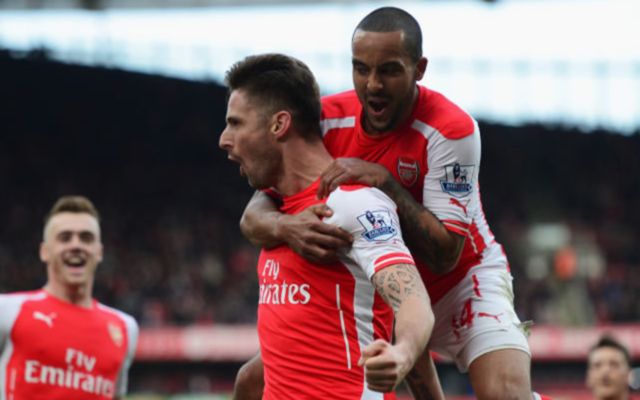 Arsenal and England star Theo Walcott could be about to see his Gunners career come to an end.

Walcott, who has scored 107 goals during his time at the Emirates, has been the subject of interest from Italian side Inter Milan according to CalcioMercato, who suggest Arsenal could be willing to sell in January.

The England international joined Arsene Wenger at Arsenal in 2005 as a teenager, and has since gone on to make 390 appearances for the north London club.

Walcott has found himself in and out of Wenger’s starting eleven so far this season, with the winger having made seven appearances in all competitions, scoring three goals.

Arsenal forward Walcott was left out of the most recent England squad for their matches against Slovenia and Lithuania.

During his time with the club, the 29-year-old has managed to help the Gunners win three FA Cups and two Community Shields.

If Walcott were to leave Arsenal this season, the Englishman will surely be deserving of a good send off from the Emirates faithful after all the entertainment he’s given the Gunners supporters over the years.