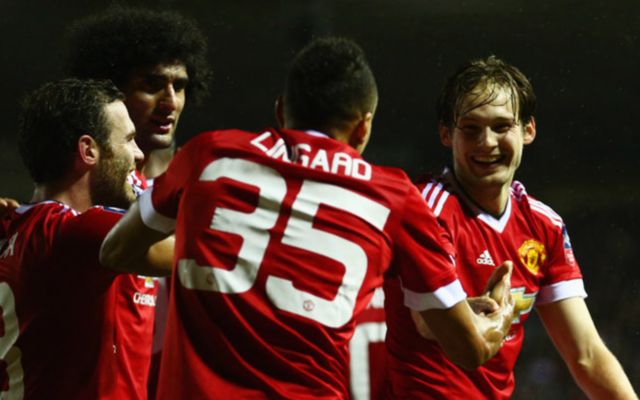 Manchester United and Netherlands defender Daley Blind could be on his way out of Old Trafford in the near future.

Blind has attracted interest from Turkish giants Fenerbahce according to TalkSport, with the news outlet also saying that Blind may be the subject of a January swoop from Aykut Kocaman’s side.

The Holland international joined the Red Devils from Ajax in 2014, and has since appeared 131 times for the Premier League side.

However this season, Blind has started to find his first team opportunities numbered, with the defender having only made four appearances for his side in the league.

The 27-year-old has had a fairly successful career at Old Trafford so far, winning one League Cup, one FA Cup, one Europa League and one Community Shield.

Despite this success, Blind could be about to see his United career come to an end should Fenerbahce end up going through with their reported interest in the defender.

If Blind were to depart Jose Mourinho’s side, it would unlikely come as a big blow to the club, as they have Matteo Darmian, Ashley Young and Marcos Rojo, all of whom can play in the positions Blind can.