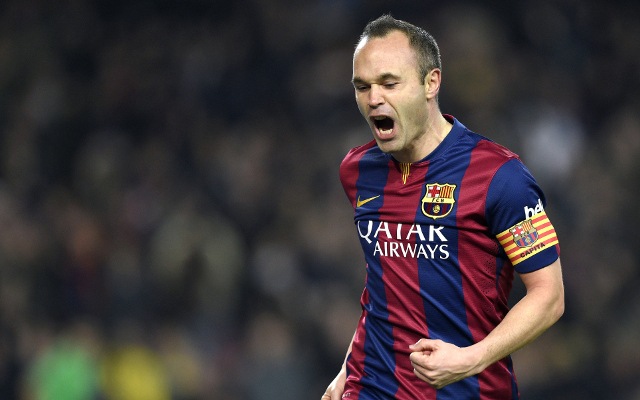 Barcelona captain Andres Iniesta has renewed his contract at the Spanish giants “for life” and becomes the first ever player the club has ever tied to a lifelong contract.

In a world where players are changing their clubs at the same vast speed that Paul Pogba changes his hair, it is reassuring to know that the concept of loyalty is yet to be completely eradicated from the game.

The Spanish midfielder joined Barca at just the age of 12 and has since won 30 major medals for his boyhood club. The 33-year-old’s new contract was announced on Twitter with the hashtag #ForeverIniesta.

Alongside scoring the winning goal in the 2010 World Cup final for Spain and dominating the world of club football for over a decade, Iniesta has also proven that loyalty not only brings you success but also a great amount of respect.

A statement from FC Barcelona confirmed the news and the club’s president Joesp Maria Bartomeu added: “This is the first time that FC Barcelona has signed a lifelong contract with a footballer.”

Iniesta has made 436 appearances for Barcelona since graduating as a youngster into the men’s team and is sure to be remembered as one of the greatest midfielders world football has ever been blessed with.

For not only his outstanding natural talent but also his devote loyalty – we salute you, Andres Iniesta!