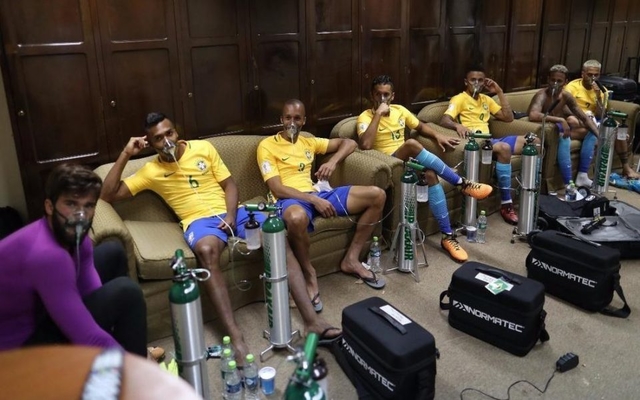 It’s fair to say that Neymar didn’t enjoy himself in La Paz on Thursday, with Brazil playing out a goalless draw with Bolivia 3,640m above sea level.

The air was so thin that the players and Brazilian football federation shared images on social media showing the players needing oxygen canisters and masks to keep them going at such a ridiculously high altitude, as seen below.

Fortunately for them, the dropped points won’t prove costly as they’ve already secured qualification for the World Cup in Russia next summer, with a sizeable gap between themselves and the chasing pack too as they continue to lead the way in South American qualification.

Neymar and his teammates probably won’t want to play in Bolivia again any time soon though, and it remains to be seen whether or not the conditions affect them next week as they complete their qualifying campaign before many of them return to Europe to resume domestic action.

“Inhumane to play in such conditions. Field, altitude ball… everything was bad! But we were happy for the performance of the team even in these conditions,” he wrote on Instagram. PSG will just be hoping he gets back to France in good health next week so as to avoid any missed playing time for them.