Chelsea star Thibaut Courtois is reportedly keen on a move to Real Madrid as the Blues fail to organise a new contract for their number one goalkeeper.

The Belgium international is regarded as one of the finest players in the world in his position, having consistently shone for Chelsea during his time in the Premier League.

His impressive displays have seen him become the subject of some speculation in the past, with Goal recently claiming Real looked at him over the summer.

Most worryingly for Chelsea, however, Courtois is also said to have his heart set on a move back to the Spanish capital after a spell on loan with Atletico Madrid earlier in his career.

Marca’s report claims Courtois is waiting for a call from Real, having also been in contact with them recently, though details of their conversation are not given. 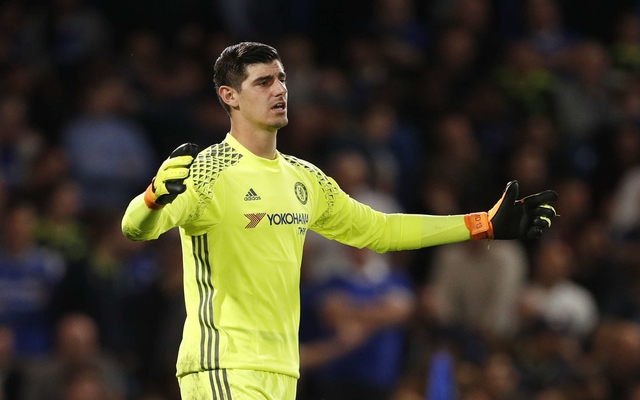 The 25-year-old’s current Chelsea contract expires in 2019 and he seems no closer to a new deal, despite Goal’s recent report that he was looking for a big pay rise at Stamford Bridge.

It now seems that Courtois’ preference would be for a move to the Bernabeu, with Marca claiming he believes his time at Chelsea may be coming to an end.