Chelsea manager Antonio Conte has reportedly been left frustrated by the Blues’ failure to deliver the transfer of striker Fernando Llorente.

The Spain international ended up moving from Swansea City to Tottenham this summer, having impressed in the Premier League last season with 15 goals to help fire the Swans to safety.

Conte also worked with Llorente at previous club Juventus, and looked an ideal candidate to come in at Stamford Bridge this season following the departure of Diego Costa.

Alvaro Morata was signed from Real Madrid as a direct replacement for Costa, but the Blues remain short of cover in that department.

Despite some clinical form off the bench from Michy Batshuayi this season, the Belgian does not seem to have earned Conte’s trust, having started just three games in all competitions so far this term. 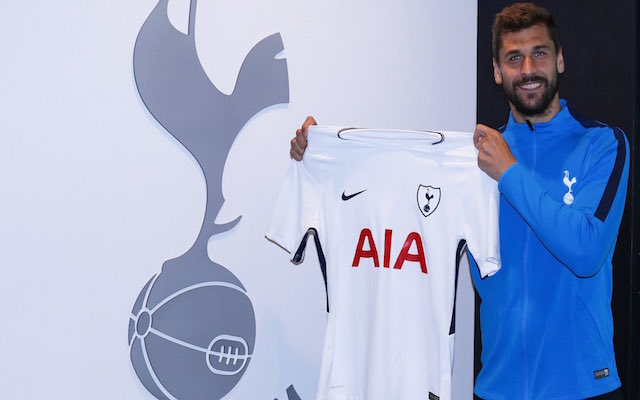 According to The Times, Conte twice requested Chelsea sign Llorente – first back in January and again this summer before Tottenham outbid them.

The report states that senior figures at Chelsea were unconvinced by Llorente’s suitability and lack of resale value, leading to them bidding just £5million for the 32-year-old.

This follows a number of complaints about transfers from Conte, who said in August, per the Metro: ‘We need more players, not top level like Neymar but more players to improve our squad and our quality.’