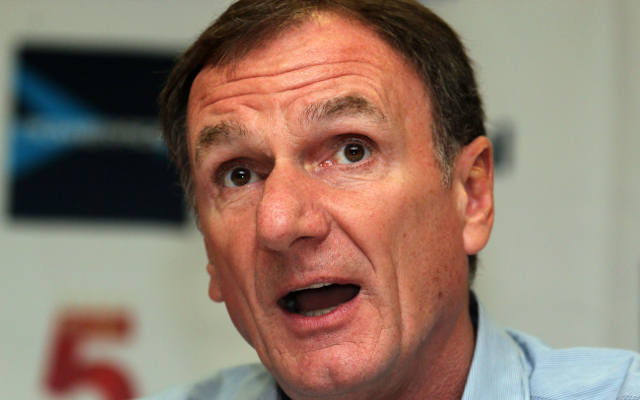 Liverpool legend Phil Thompson has advised his old club to sign Pierre-Emerick Aubameyang at the next possible opportunity if the Borussia Dortmund star becomes available for transfer.

The Gabon international looked close to leaving Dortmund during the summer after impressing in his time in the Bundesliga, though an exit never materialised.

READ MORE
5 clubs who should pounce for Sergio Aguero if Pep Guardiola goes through with January transfer
PSG enter the race for £118m Liverpool star, pursuit will be ruthless
How depleted Man Utd can line up vs Liverpool after fresh injury blow

Chelsea were at one point strongly linked with a £65million bid for Aubameyang by the Daily Mirror, before they ended up signing Alvaro Morata from Real Madrid instead.

It remains to be seen if Liverpool could realistically afford to pay that kind of fee for Aubameyang, but his goal record certainly makes him a tempting target for any top club.

Thompson is clearly a fan, suggesting the 28-year-old as an ideal option for Jurgen Klopp to replace the misfiring Roberto Firmino with a more natural striker.

‘I do feel that come January we need to improve the defenders and get an out-and-out striker,’ Thompson was quoted in the Daily Express.

‘If Pierre-Emerick Aubameyang became available then he should be on our hit list.’

The gulf between Aubameyang and Firmino could not be clearer, with the Dortmund hit-man netting 13 goals in 11 games this season.

Firmino, meanwhile, who initially played as an attacking midfielder or winger before being moved up front by Klopp, only has four goals in nine appearances this term.