Arsenal are reportedly one of the clubs in the running to seal the transfer of Barcelona star Arda Turan this January following reports last week that Mesut Ozil could be on his way to Manchester United.

The Independent claimed the Red Devils were confident of snapping Ozil up on a free when his contract expires at the end of the season, which would leave Arsenal with a gaping hole in the attacking midfield department.

Turan could be a decent like-for-like replacement in that part of the pitch, despite his struggles since moving to Barcelona in the 2015/16 season.

Still, the 100-cap Turkey international remains regarded as a top class talent on his day, with CNN Turkey claiming the Gunners are interested in him at the moment.

The report adds, however, that Galatasaray could also be in contention for Turan if he becomes available.

This follows claims made by AS last week that the 30-year-old will weigh up his options and discuss his next move with his agent ahead of January. 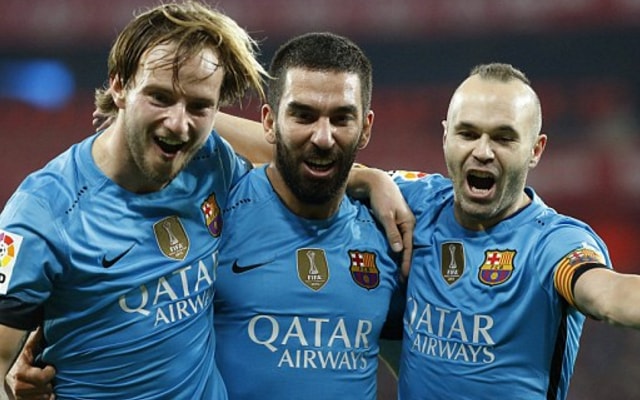 The Spanish outlet claim Turan is not satisfied with his current lack of playing time at the Nou Camp and is ready to move on in order to play more often.

If Ozil frees up a space in Arsenal’s midfield any time in the next few months, then Turan would surely find himself with plenty of opportunities in Arsene Wenger’s squad.