Barcelona are reportedly monitoring Anthony Martial’s situation at Manchester United amid rumours also linking him as a shock transfer target for their Premier League rivals Arsenal.

Mundo Deportivo claim Barca have been alerted to Martial’s situation due to his lack of playing time under Jose Mourinho this season and last.

The 21-year-old has long been regarded as one of the most promising young talents in European football, but struggled to build on an impressive first season at Old Trafford.

And despite excelling in something of a super-sub role for United this term, Martial’s lack of starts for the Red Devils has reportedly caught Barcelona’s attention as they weigh up a move in the near future.

This follows claims by the Daily Mirror that Arsenal could also move for the France international as a replacement for Alexis Sanchez, who could be approached by Manchester City in January, according to the Daily Mail. 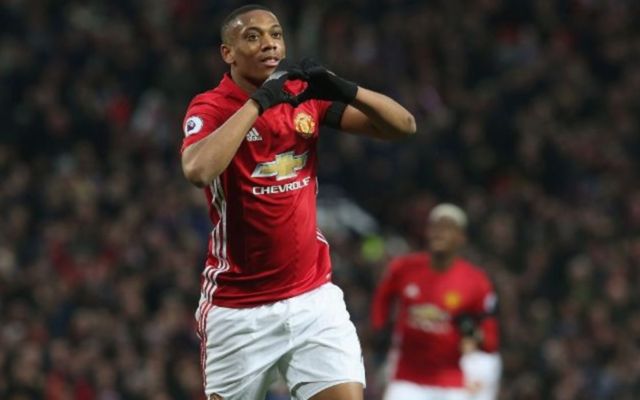 Barca could do with more options in attack after losing Neymar to Paris Saint-Germain in the summer, though they swiftly moved to bring in Ousmane Dembele as his replacement.

Martial has a decent record of 30 goals in 100 games in his time at United, but has faced competition in attack from the likes of Romelu Lukaku, Zlatan Ibrahimovic and Marcus Rashford.