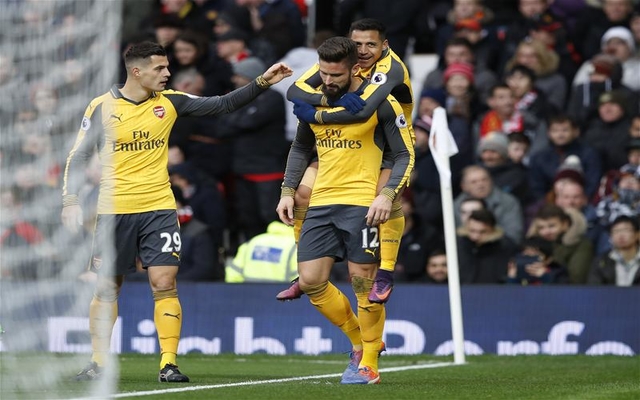 Arsenal striker Olivier Giroud admits he was close to joining Everton during the summer transfer window but hinted his future could lie back in France.

The 31-year-old has been with the Gunners since joining from Montpellier in 2012, and his future came under some speculation during the most recent transfer window.

With the arrival of Alexandre Lacazette, Giroud no longer looked guaranteed regular playing time, having also spent a lot of time on the bench last season.

Still, Giroud believes he made the right choice staying at Arsenal for the time being, explaining his decision in an interview with Canal Football Club.

‘I had the opportunity to leave. I was very close to another English club – Everton – but I think I made the best choice,’ he said.

Giroud also revealed he had offers from Marseille and Lyon, and suggested moving to Ligue 1 seems a likely option for him later in his career.

‘I have a lot of respect for Marseille, I was a fan for years,’ he said.

‘I also have a lot of respect for Lyon, who were also interested at one time.

‘I didn’t want to return to France. I’m happy in England, it’s nothing against those clubs.

‘But a return to France is possible one day.’