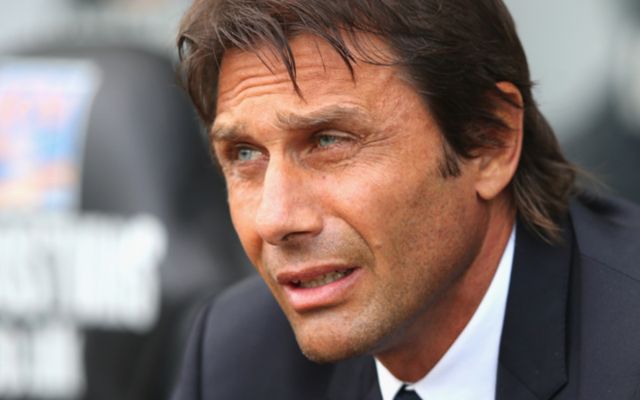 With the international break coming to a conclusion, Chelsea boss Antonio Conte could have a double fitness headache for the clash with Crystal Palace.

The reigning Premier League champions travel to Selhurst Park on Saturday looking to bounce back from their defeat at home to Manchester City prior to the break.

However, it looks as though they’ll have to do so without Alvaro Morata and N’Golo Kante, who face a race to prove their fitness but could sensibly be rested to avoid aggravating their existing problems.

A decision on Kante is expected to be made in the next 48 hours, as per The Telegraph, after the French international suffered a hamstring injury while with Les Bleus this past week.

As for Morata, it’s added that he’s likely to be left out with an eye on the Champions League clash with Roma next week, as Chelsea can’t afford to lose their main striker for an even lengthier period of time given his importance to the team and the lack of depth behind him, aside from Michy Batshuayi.

The Spaniard has scored seven goals in nine games so far this season, but suffered his setback in that loss to City as he was forced to limp off with a hamstring problem in the first half.

Ultimately, the same applies to Kante who has been a hugely influential presence in midfield over the last 18 months or so since joining from Leicester City, and Conte will be desperate to have them both back at his disposal sooner rather than later.

As they currently sit in fourth place in the table, six points adrift of joint leaders Man City and Man Utd, Chelsea know they can’t afford to drop any more points and fall further behind in the title race, even if it is still at such an early stage.

Losing Morata and Kante this weekend would be a blow, but looking at the bigger picture, it may be the best decision to leave them out and reassess their injuries ahead of the Roma game next Wednesday.