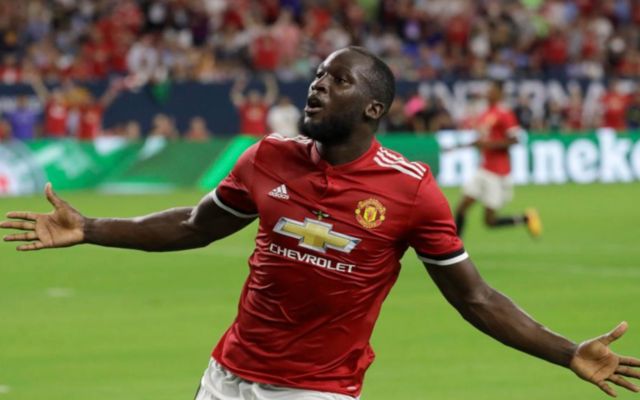 Man Utd forward Romelu Lukaku has reportedly been given the all-clear to play for Belgium this week, handing his club a huge fitness boost as he has seemingly recovered from his injury.

The 24-year-old was a late doubt for the win over Crystal Palace prior to the international break due to an ankle injury, and was forced to miss the World Cup qualifier against Bosnia and Herzegovina on Saturday.

However, as noted in the tweet below by freelance injury analyst Ben Dinnery, who has featured on the likes of ESPN and The Guardian amongst other publications, Lukaku has been passed fit to play for Belgium against Cyprus this week.

Romelu Lukaku has been declared fit for #BEL World Cup qualifier with Cyprus on Tuesday after recovering from an ankle injury. #MUFC

It’s a huge boost for Man Utd as they prepare to face Liverpool at Anfield on Saturday. They’ll be delighted to hear that Lukaku has shaken off the problem and is fit enough to feature for his country, which should mean that barring any setbacks, he’ll be ready to take his place in Jose Mourinho’s starting line-up too.

In contrast, it won’t be met with the same feeling by Liverpool, with Dejan Lovren and Joel Matip, if selected, possibly now set to have their hands full at the weekend.

Mourinho will of course still be hesitant though as he will hope that Lukaku comes through unscathed if selected by Roberto Martinez.

Following his summer move from Everton, the Belgian ace has scored 11 goals in 10 games so far this season, and so his presence in leading the line for Man Utd this weekend will be crucial in the biggest test that they’ve faced thus far.