Manchester City are reportedly ready to smash the world transfer record with a January bid for Barcelona superstar Lionel Messi.

These sensational claims come from Spanish outlet AS, who claim City have initiated contact with the Argentine’s ‘inner circle’ as they prepare to potentially pay £357million for him.

Messi has long been regarded as one of the two best players in the world alongside Real Madrid’s Cristiano Ronaldo, as well as one of the finest ever to play the game.

The 30-year-old played under City manager Pep Guardiola at Barcelona earlier in his career, and AS claim a reunion could be on the cards this season.

However, the report adds that he is largely happy with life at the Nou Camp and that his wife Antonella would prefer not to relocate at this moment in time. 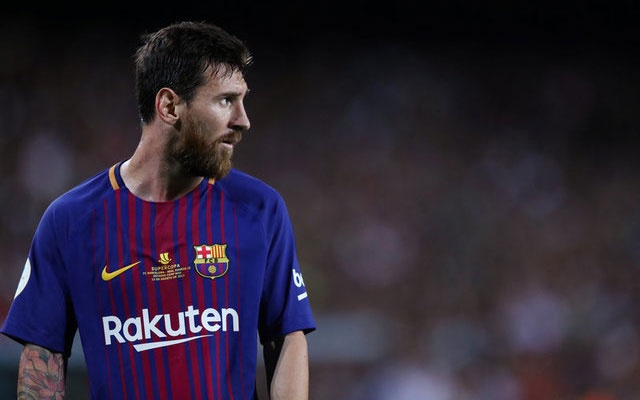 Still, AS explain that Messi is yet to formally sign a new contract with Barcelona, with his current deal due to expire at the end of this season.

With his future uncertain, the report goes on to say that City would be ready to swoop if given encouragement to do so from the player.

Having spent his entire career so far with the Catalan giants, it would be one of the biggest sporting stories of the century if Messi were to make the move to the Etihad Stadium.

And if the four-time Ballon d’Or winner were to move in a £357m deal, it would smash the current world transfer record of £200m – the fee Paris Saint-Germain paid Barca for Neymar in the summer, per the BBC.