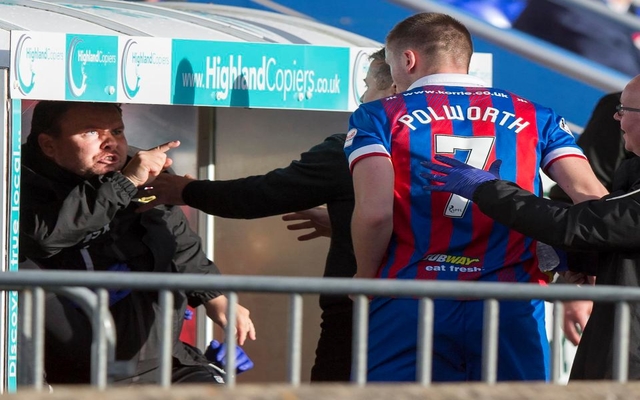 We’ve all seen players go off in a strop after being substituted, but Inverness midfielder Liam Polworth decided to take it further at the weekend.

The 22-year-old was replaced in the Irn-Bru Cup meeting with Peterhead on Saturday, with boss John Robertson taking the decision to make a change.

However, something clearly went very wrong between Polworth and coach Scott Kellacher, as seen in the images below, as the pair grabbed a hold of each other with Robertson one of the men to step in between them to break it up.

Inverness have yet to comment on the altercation, but this could have turned really nasty as the pair looked absolutely furious with each other.

It’s only a game lads, one that Inverness won 3-0! Hate to see what they’re like when they lose… 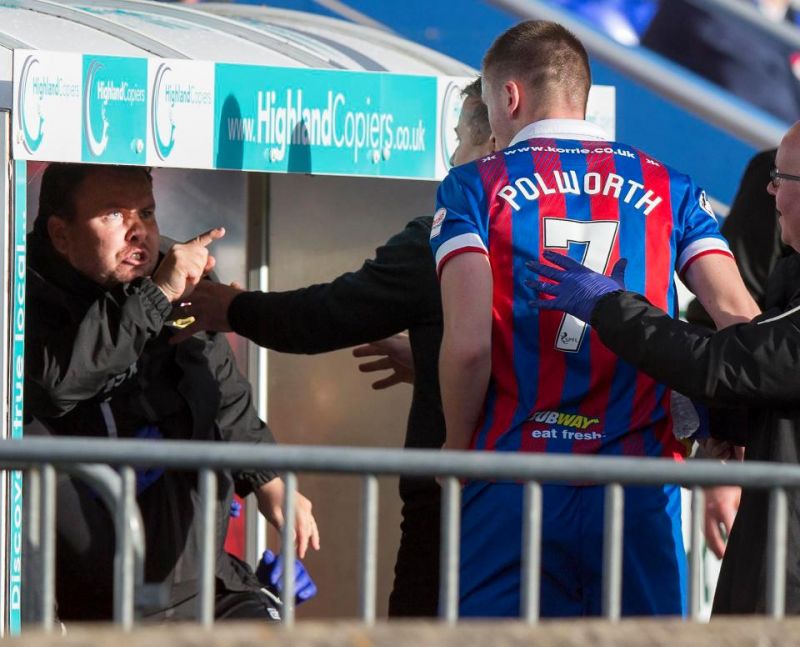