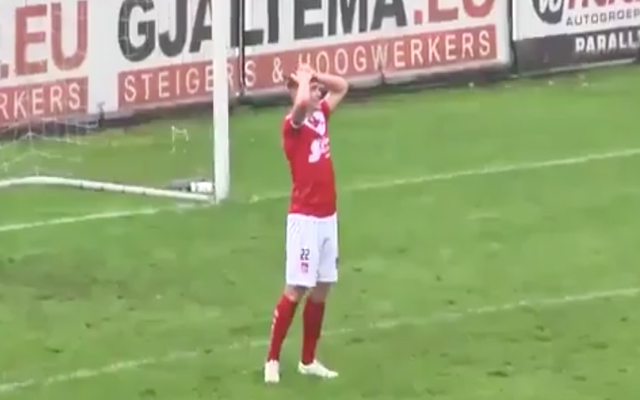 There are misses, and then there are horrific misses. Dennis van Duinen has opted for the latter with this effort for lower league side Haskemase Boys.

The Dutch amateur footballer has become a viral sensation thanks to this bit of footage, as he’ll probably still be having nightmares about it now.

The 20-year-old midfielder managed to do all the hard work, closing down the goalkeeper to give himself a chance to score into an open goal.

Inexplicably though, he’s managed to chip his effort over the bar and in turn was left thoroughly red-faced as this has to be the worst miss of all time.

To make matters worse, his side were 2-0 up in the game but went on to lose 3-2. While he had a wry smile on his face after, his manager definitely wouldn’t have found the funny side to this one…

Is this the worst miss you've ever seen!? ?

Harkemase Boys' Dennis van Duinen did this on Saturday… pic.twitter.com/qJj4DT3wxd