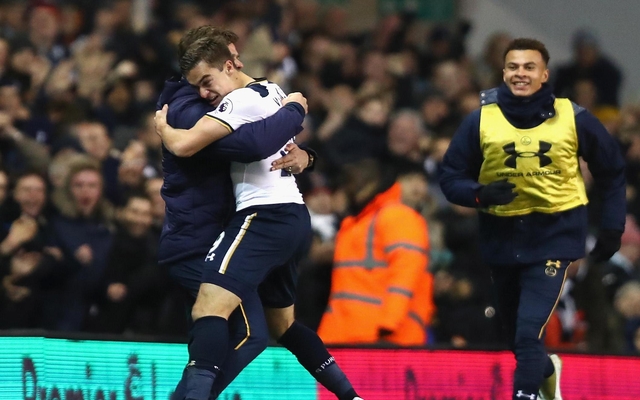 Tottenham haven’t been shy in handing out improved contracts to key players, and they are reportedly set to do so again with Harry Winks.

The 21-year-old has gradually established himself as a key figure at Tottenham, with Mauricio Pochettino continuing to build on his reputation of giving youngsters an opportunity to impress.

Having done a similar job with the likes of Dele Alli and Harry Kane, Winks will hope that he can follow in their footsteps and continue to make progress with the Premier League outfit.

With over 20 Premier League appearances to his name, the youngster made his senior England debut this past week and impressed, and is seemingly set to go from strength to strength in the coming years for club and country.

According to The Times, Winks will receive a new contract which doubles his money to see him earn £40,000-a-week, although it isn’t noted whether or not it’s an extension or a continuation of the deal that still has four-and-a-half years remaining on it.

Either way, he will be delighted that his good form has been rewarded, and Tottenham will hope that it’s a show of faith that is repaid with improvement and consistency in his performances when called upon.

As they continue to compete on various fronts, Spurs will need quality and depth. Competition is fierce in midfield with the likes of Eric Dier, Victor Wanyama, Mousa Dembele and Moussa Sissoko all vying for places, but Winks is seemingly an important part of the short-term, and long-term picture, as the club look set to boast another homegrown talent coming good.