Manchester United manager Jose Mourinho went on a personal scouting mission in order to look at Eintracht Frankfurt midfielder Mijat Gacinovic, who is also being eyed by Arsenal.

The Sun are reporting that both Premier League giants are interested in signing the Serbia international, with United boss Jose Mourinho attending Serbia’s match against Austria to watch the midfielder in the flesh.

Mourinho reportedly thought that the 22-year-old’s performance was impressive according to the Sun, with the news outlet also reporting that the player might be viewed by Arsenal as a replacement for Alex Oxlade-Chamberlain, who left the north London side in favour of a move to Liverpool over the summer.

The player moved to the Bundesliga outfit in 2015, after he impressed for Serbian side FK Vojvodina Novi Sad, as he scored 11 goals in 25 league appearances.

Gacinovic has had a fairly average start to his Frankfurt career, with the midfielder only managing to score four and three assists in 50 appearances. 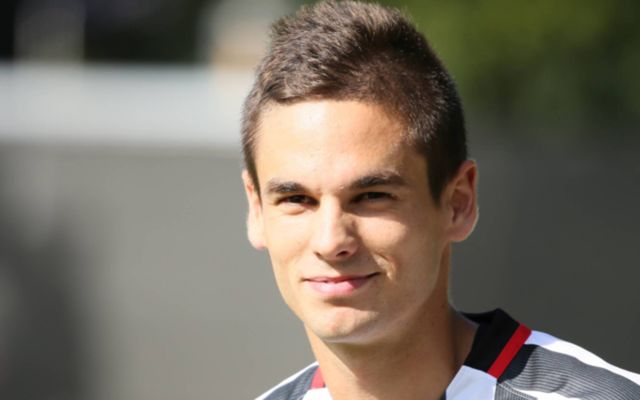 On the other hand, his record for Serbia couldn’t be much better, with the player being able to boast a record of two goals and one assist in just three appearances for the national team.

If he ends up with Jose Mourinho or Arsene Wenger as his manager, it’ll definitely be worth keeping an eye on Gacinovic’s development as a player, as he definitely looks like one for the future.