Wojciech Szczesny has revealed he left Arsenal for Juventus this summer due to his desire to win more silverware.

The Poland international, who left Arsene Wenger’s side in the summer for a move to Turin, is enjoying the strong winning mentality at his new club, he told Mediaset Premium (as translated by the Daily Mail).

Speaking about his decision to leave north London, he said: ‘I came here because I need to win everything. I chose Juventus for their winning mindset. It seemed a normal choice to me, when Juve call you, you have to go.

The 27-year-old also went on to say that ‘When you play for Juventus the goal is always to win everything, and it’s no different this year.’

Despite his words, Szczesny still enjoyed some success during his time in north London, helping the Gunners win two FA Cups and one Community Shield. 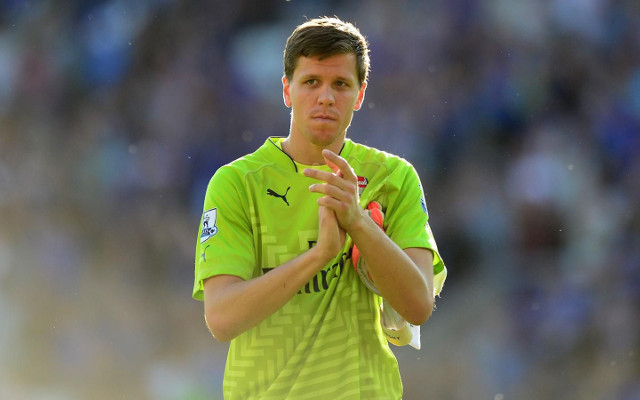 The Polish international also managed to perform consistently for the Gunners during his time at the club, as he managed to keep 72 clean sheets in 181 appearances.

Despite being made to, understandably, play second-fiddle to Gianluigi Buffon at Juventus, Szczesny has still managed to make two league appearances for the Old Lady so far this season, keeping clean sheets in both.

However, in terms of his search for silverware, it seems as Szczesny may be made to wait this season, as Juventus currently sit in second place in Serie A, two points behind rivals Napoli, who have started their campaign with seven wins out of seven.

Should Juventus fail to win any trophies this season, which seems unlikely, it’ll be the Arsenal fans who have the last laugh, for now at least.