PSG could be set to target Real Madrid and Brazil star Casemiro should they fail with their pursuit of Chelsea midfielder N’Golo Kante.

The Ligue 1 giants have reportedly shown an interest in signing Kante according to Don Balon, however the French side aren’t short of back-up options should they fail to land the Frenchman.

The Spanish news outlet are also reporting that Unai Emery’s side could turn their attentions to Real Madrid’s Casemiro should they fail to sign the former Leicester man.

Since joining Zinedine Zidane’s side from Porto in 2015, Casemiro has found himself to be on of the first names on the team sheet at the Bernabeu, with the Brazilian playing a pivotal part in his side’s Champions League wins both last season and the season before that. 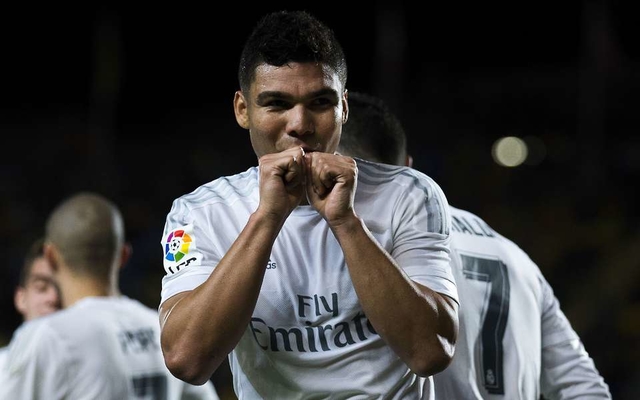 The midfielder has even received praise from former Madrid player’s, with former Los Blancos star Claude Makelele, who was one of the world’s best defensive midfielders during his time as a player, saying that Casemiro “reminds me of myself”, as per the Daily Star.

If PSG are to end up pursuing Casemiro, it’ll come as a big relief for Chelsea fans, who would presumably hate to see one of their star players leave.

Kante has been a revelation since his move to England from SM Caen in 2015, with the Frenchman becoming just the second player ever to be a part of two consecutive Premier League winning sides.

Whether PSG end up signing Kante or Casemiro, it’ll come as a big blow to either Madrid or Chelsea, with one of the sides potentially about to lose one of their key players to a Champions League rival.