According to ESPN, the Spanish giants face hosting Kane and co. at the Bernabeu without their first-choice goalkeeper Keylor Navas.

The Costa Rica international looks set to miss out due to a problem with his right hamstring, picked up whilst on duty with his national side this week.

With Harry Kane now netting fourteen goals in his last nine games, a change between the sticks is certainly not welcome news to Zinedine Zidane. 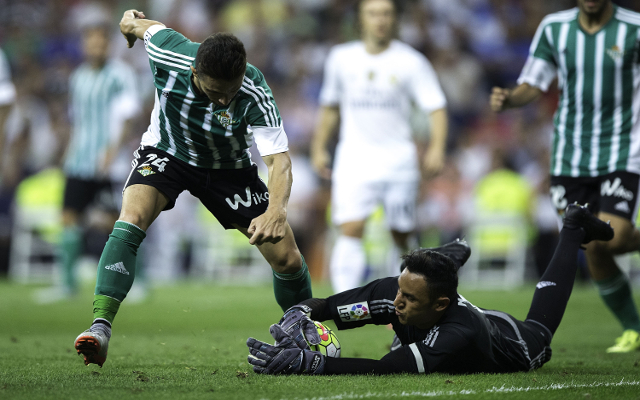 Kane has been in unstoppable form lately, scoring two hat-tricks in as many Champions League games this season, and is currently on a run of 13 goals in his last eight games for club and country.

Madrid fans will also worry about what this may mean for the team’s league form as they see their side sit fifth, already seven points behind La Liga leaders Barcelona.

After an impressive 2014 World Cup, Navas was snapped up by the eleven-time Champions League winners and has gone to make 113 appearances across all competitions, picking up two Champions Leagues and a La Liga title along the way.