Arsenal manager Arsene Wenger has been dealt another major injury blow after the international break.

The Gunners face going into this weekend’s clash against Watford without four key defenders, according to the London Evening Standard.

Shkodran Mustafi is the latest big blow for Arsenal at the back, Wenger confirming he looks like being out for four to six weeks.

‘We have lost Mustafi for about four to six weeks,’ he is quoted in the Metro. ‘I don’t think he will be available before the next international break.’

A key player since joining Wenger’s side from Valencia last summer, it’s pretty clear the Frenchman was not at all happy with the manner of his injury.

Speaking at today’s press conference, the Arsenal manager suggested Mustafi was not even expected to play for Germany in their second qualifying match as they’d already sealed their World Cup place for next summer.

‘The player I expected to lose the least during the break was Mustafi,’ Wenger added. 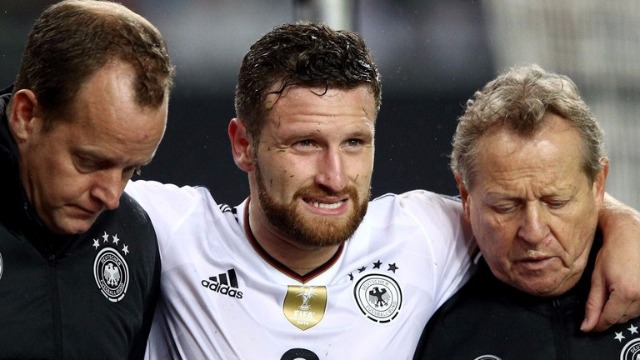 ‘I didn’t expect him to play and Germany had already qualified.

‘He didn’t play in their first game and we lost him in the second – we have to cope with that now.’