Chelsea scouts are to be sent to watch Arsenal’s Europa League tie against Red Star Belgrade on Thursday, however it won’t be a Gunners player they’ll be keeping their eyes on.

The Blues scouts are reportedly going to be attending the match in order to spy on 24-year-old Ghanian striker Richmond Boakye.

This is according to the Daily Mail, who say that a number of clubs, including Chelsea, have become aware to the player’s ability following his start to this season. 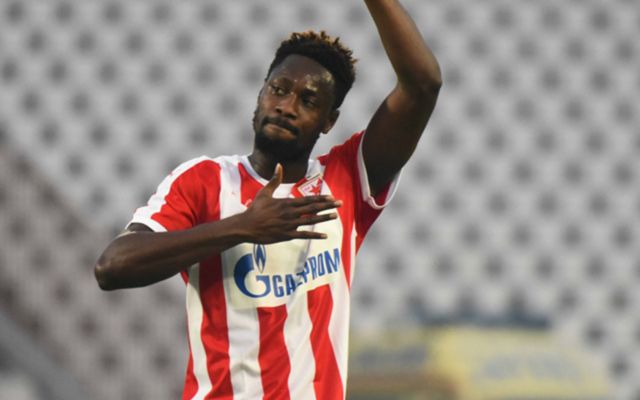 Boakye, 24, has had a decent campaign in front of goal so far this year, with the Ghanian amassing a record 10 goals and three assists in 16 games in all competitions.

The forward has been particularly clinical in the Europa League, with Boakye managing to score eight goals in just 10 appearances including qualifiers.

The Ghanian international has previously worked under current Chelsea boss Antonio Conte, as the striker was at Juventus during the Italian’s time as manager there, however he failed to make an appearances for the Old Lady before being sold to Atalanta in 2014.

Having previously worked with Boakye in the past, it remains to be seen whether Chelsea boss Conte will follow up the club’s interest in the Ghanian in the near future.