Can Kane break the record?

Harry Kane is Tottenham and England’s man of the moment this season, and he’s just bagged himself the Premier League Player of the Month prize for September.

The 24-year-old couldn’t get off the mark in August, but followed that up with six goals in four games last month to spark talk of a big transfer away.

The Sun report that Manchester United could pay as much as £170million to prise him away from Spurs, while Marca have claimed Real Madrid are also big admirers.

For now, however, Kane will have his sights set on making Premier League history as he takes his tally of Player of the Month victories to five in total.

This moves the England international level with legendary strikers Wayne Rooney and Robin van Persie, and just one behind former Liverpool captain Steven Gerrard on six.

‘I’m very pleased to get this award again, hopefully there will be a few more from now until the end of the season and just continue the form really,’ Kane told Tottenham’s official website.

The way Kane is playing at the moment, few would be surprised if he ended up matching and perhaps even overtaking Gerrard this season. 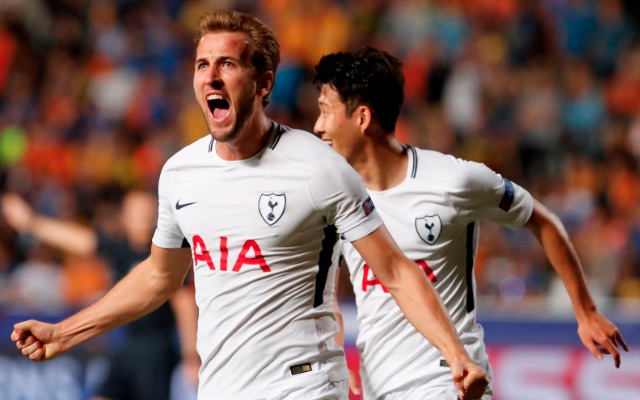 What next for Harry Kane?

Away from the Premier League, Kane has also scored five goals in his first two Champions League games for Spurs this season, whilst also netting the winner in each of England’s 1-0 victories over the last international break.

Kane is already being talked about as a player who could potentially eclipse Alan Shearer’s long-standing record as the leading scorer since the inception of the Premier League in 1992/93.

In whatever form it comes, Kane is surely heading for legendary status in English football if he can carry on scoring at his current phenomenal rate.