Liverpool manager Jurgen Klopp has aimed a dig at Jose Mourinho’s Manchester United tactics ahead of their clash this weekend.

The Reds host United at Anfield for Saturday’s early kick off, with Klopp somewhat stoking the fires ahead of the visit of Mourinho.

The two came to blows in both their meetings in the league last season, with each game ending in a draw.

Klopp suggested at the time that he was not impressed by United’s tactics, particularly in the 0-0 draw at Anfield when they barely seemed to attempt to create any chances themselves.

Liverpool, by contrast, dominated that game and were unlucky not to win on the day, and that may be fresh in Klopp’s memory judging from his comments in his press conference today. 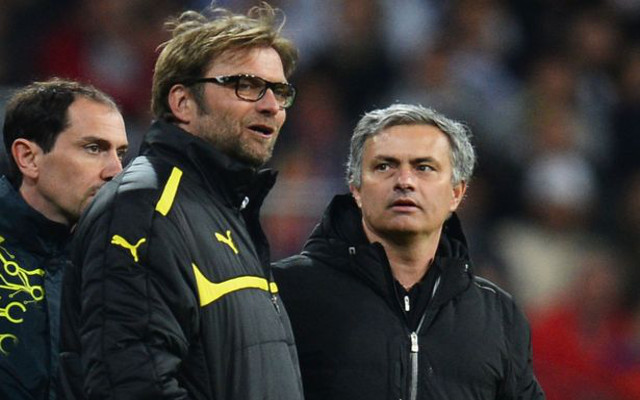 Speaking about the threat of United, the German said he expected ‘long balls’ from Mourinho’s men at Anfield.

Klopp: United will play long balls early.. Last season it was Ibra, this season Lukaku. But they have big quality too.

‘United will play long balls early,’ he said. ‘Last season it was Ibra (Zlatan Ibrahimovic), this season (Romelu) Lukaku. But they have big quality too.’

Liverpool are in urgent need of a win this weekend as they currently sit seven points behind United after a slow start.

Whatever Klopp says about Mourinho’s approach to games at Anfield, his methods clearly work for him.