The Daily Mirror recently claimed Arsenal were considering a move for Martial as a replacement for Alexis Sanchez in their attack, but United would surely prefer not to sell to a rival.

The France international has shone in his time at Old Trafford, despite not always being a regular since his move from Monaco in 2015.

Barcelona could arguably do with a player of Martial’s calibre in their attack, particularly after losing Neymar to Paris Saint-Germain in the summer.

Diario Gol claim United are prepared to offer Martial to the Catalan giants as Mourinho sets his sights on Croatian midfielder Rakitic as a potential addition to his squad.

The 29-year-old has been a key member of Barca’s side since his move from Sevilla in 2014, though it could be that the club are planning to make some changes in that area of the pitch.

Diario Gol mention Marco Verratti and Leon Goretzka as two players recently thought to be on Barcelona’s radar in midfield, which could mean Rakitic is shifted out of the squad. 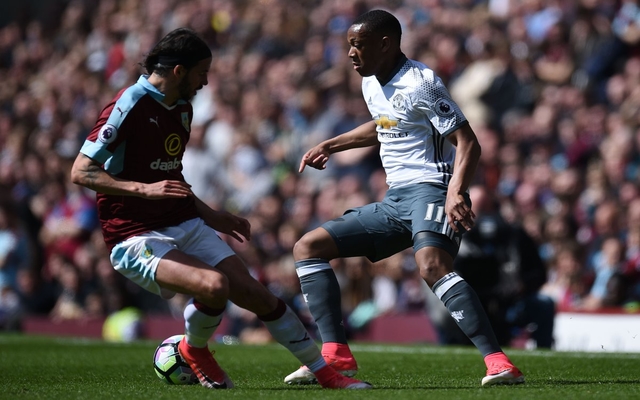 United don’t exactly look short of quality in central midfield at the moment, though Paul Pogba has missed much of this season through injury, while Marouane Fellaini and Ander Herrera are both set to be out of contract in the summer.

Rakitic could therefore be a wise purchase for Mourinho, with the experienced playmaker known for his quality on the ball and vision from that central area.

Still, it remains to be seen if United fans would be too happy to lose a promising young talent like Martial as part of this potential deal.