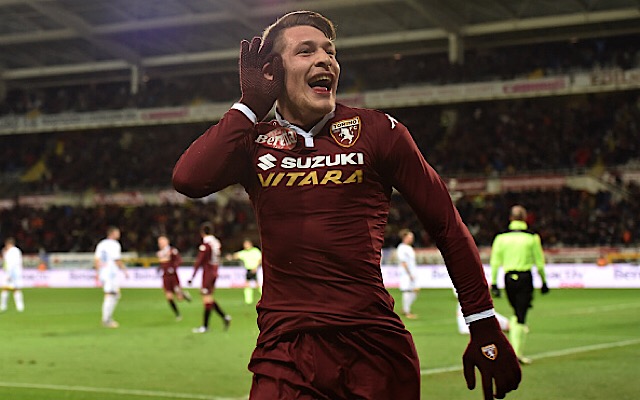 After being forced to look elsewhere this past summer, AC Milan could suffer another blow in their reported pursuit of Torino striker Andrea Belotti.

The Rossoneri eventually signed Nikola Kalinic ahead of the transfer deadline to add to the signing of Andre Silva earlier in the summer as Vincenzo Montella bolstered his attacking options.

However, one name that was continuously linked with a move to the San Siro was Belotti, but an agreement was never reached between the two clubs.

According to Tuttosport, Torino are set to meet with the Italian international soon and will discuss a new contract, one that will likely keep or perhaps even increase the €100m release clause in his current deal as they are ‘growing increasingly annoyed’ by Milan’s public advances.

In turn, that could be a real blow to Milan’s hopes of prising him away in the future as a lengthier contract will only further strengthen Torino’s position to demand what they want.

Should Belotti have a desire to join Milan, it would arguably make most sense for him to not agree on new terms, although that of course comes with its own issues as it risks deteriorating his relationship with his current employers.

The 23-year-old scored 28 goals in 38 appearances last season while adding eight assists. That was his most impressive and prolific season to date, and he has gone about silencing his doubters who claim he still hasn’t proved himself by scoring five in eight outings so far this year.

He’s currently ruled out with a knee injury and so will have to wait to add to that tally, but time will tell if Milan get their man or if he opts to sign a new deal to stay with Torino.

Elsewhere, Calciomercato report that defender Gustavo Gomez is set to leave Milan in January as he continues to struggle for playing time.

The 24-year-old only joined Milan last summer and made 19 appearances in all competitions in his debut campaign in Italy.

However, with the arrivals of Leonardo Bonucci and Mateo Musacchio, he has been pushed further down the pecking order and despite the fact that Montella has adopted a back three, it doesn’t look as though the Paraguayan international has a role to play.

In turn, an exit seems to be the most sensible option for both parties, with Milan undoubtedly hoping to be able to recoup a respectable fee for him.