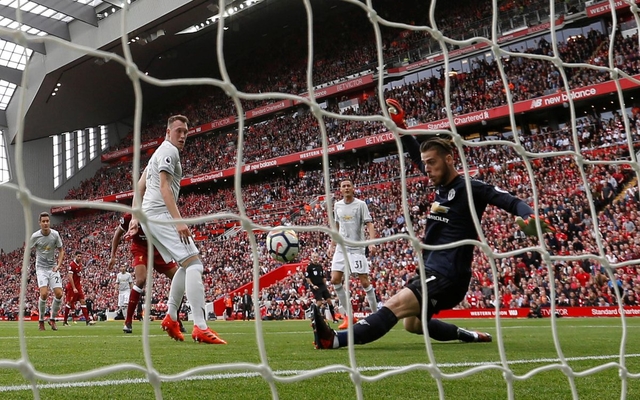 Liverpool and Manchester United couldn’t be split apart on Saturday as the two Premier League giants played out a goalless draw at Anfield.

The hosts undoubtedly pushed harder for the three points, whereas in contrast it looked as though Jose Mourinho and his men were content with a point.

However, they had to rely on a bit of brilliance from David De Gea to get their share of the spoils, as the Spaniard produced an exceptional save in the first half to keep it goalless.

Liverpool had their chances thereafter, namely Emre Can who sent his volley over from close range, and so it simply wasn’t to be as it’s just one win in their last eight games in all competitions.

Nevertheless, Jurgen Klopp will be pleased with the performance and the effort from his players, while Mourinho is also likely to be happy to get what the visitors came for as they avoided a setback.

As for player ratings, Joe Gomez stood out for Liverpool and was awarded the Sky Sports Man of the Match, and we’ve had a difficult time in disagreeing with them as he put in a solid shift.

In complete contrast Romelu Lukaku was anonymous for large parts of the game, and while a lack of service can be blamed to an extent, it wasn’t that alone which saw him endure a frustrating afternoon.

He wasn’t the only one either as Henrikh Mkhitaryan was also poor amongst other United players, but ultimately both sides have to settle for a point apiece.