Man United could be about to lose one of their brightest young talents.

‘Keeper Dean Henderson, who is out of contract at Old Trafford next summer, is reportedly being eyed up by as many as 14 different clubs, with the biggest of those being United’s fierce rivals Chelsea and Arsenal, according to the Mirror.

The news outlet are also saying that Henderson is in limbo whether to sign a new contract with the club or not, with it being possible that the player could leave Old Trafford on a free next summer. 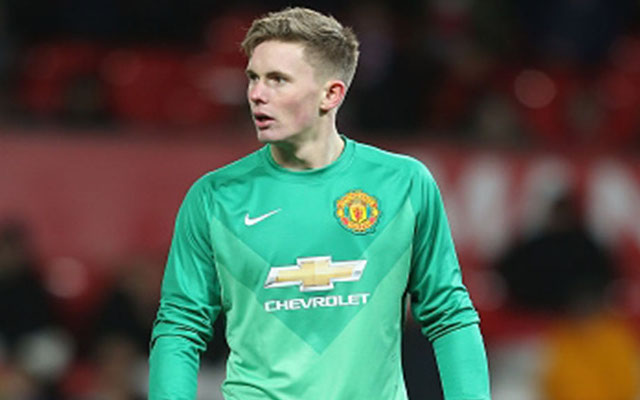 Henderson, who first joined the Red Devils in 2013, is still waiting to make his first senior appearance for Jose Mourinho’s side.

The England under-21 international is currently on loan at League One side Shrewsbury this season, and the shot-stopper has made an impressive start to life in the lower leagues.

The 20-year-old has made 11 appearances in all competitions this season, keeping five clean sheets in the process.

Henderson might have to wait awhile to make his first appearance for the Red Devils, as the club currently have both David De Gea and Sergio Romero as their first and second choice ‘keepers.

SEE MORE:
Crucial Chelsea star eyes a move away to Spain, would be a devastating loss for the Blues
Man Utd injury news: Club explain absence of key duo vs Liverpool
Furious Liverpool supporters hit out at Man Utd star, gets trolled for poor display

Should Henderson fail to sign a new deal with United, it’ll be interesting to see which club manages to snap the youngster up first.