Manchester United have been handed a boost in their reported pursuit of Harry Kane, as Real Madrid president Florentino Perez has said that his side will not be matching United’s bid.

This was reported by Don Balon, who say that United are preparing an offer of €190M for the Tottenham star, who has started this season in fine form.

The Spanish news outlet also say that United boss Mourinho, who formerly managed Los Blancos, isn’t afraid to go head to head with his former side in the race for Kane. 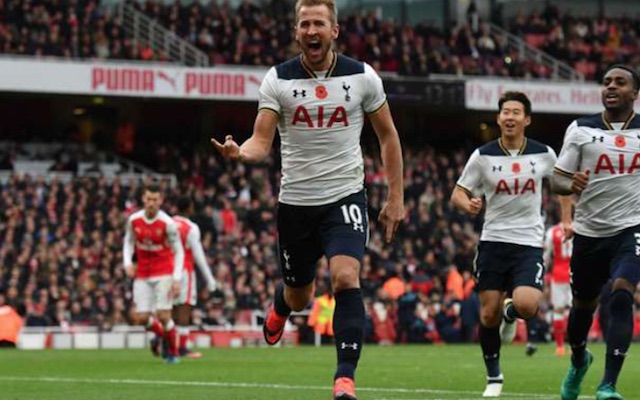 Kane has made a terrific start to this season in front of goal, as the 24-year-old has already managed to bag 11 goals in just nine games in all competitions, with the striker’s record in the Champions League being even more impressive.

The former Leicester loanee has scored five Champions League goals in just two group stage games so far, which makes his the current top scorer in the competition.

Ever since he claimed a regular first team place for Spurs in 2014, the England international has been a revelation.

The forward has amassed a total of 110 goals and 18 assists in 174 games for the north London side, which includes the 29 goals in 30 games he got in the Premier League last season.

Kane even manages to keep up his impressive scoring record at international level, as the Tottenham talisman has scored five goals in six World Cup qualifiers for the national side since 2016.

Should Kane end up at Old Trafford, it’ll be interesting to see what the Englishman can achieve during his time at the club.