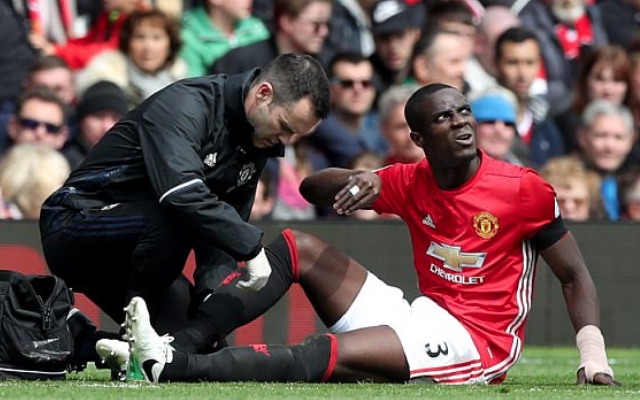 Much to the confusion of many Man Utd fans on Saturday, both Eric Bailly and Marcus Rashford were left out of the starting line-up to face Liverpool.

Both were discussed as being key starters for the encounter at Anfield, but neither will play a part from kick-off as Anthony Martial gets a chance to impress as a starter in place of his England international teammate.

United were quick to confirm that both Bailly and Rashford picked up injury problems on international duty over the past week or so, as seen in the tweet below.

It wasn’t confirmed what the respective issues are or how long the pair may be ruled out for, and so Jose Mourinho will hope that they aren’t long-term absentees and has left them out as a precaution this time round.

Rashford is on the bench and could yet feature against Liverpool, which suggests that he hasn’t picked up a serious problem. In contrast, Bailly doesn’t make the matchday squad and perhaps has the more problematic issue of the pair.

Either way, Mourinho will be confident that he has enough quality and depth to cope with their absence this weekend. However, with key fixtures coming up both in the Premier League and Champions League, he’ll hope to welcome back as many influential figures as possible with Paul Pogba, Marouane Fellaini and Michael Carrick all ruled out of this game through injury too.

Add to that the continued absence of Zlatan Ibrahimovic and Marcos Rojo, he’ll be keen for more positive news in the weeks ahead.

Eric Bailly sustained an injury while on international duty, and Marcus Rashford picked up a knock with England. #MUFC