Julian Draxler has offered a huge hint as to where his next destination could be after posting a picture of an Arsenal shirt on Instagram.

The post can be seen below in which Draxler added a picture of a Sead Kolasinac Arsenal shirt with a caption which included a red heart emoji. 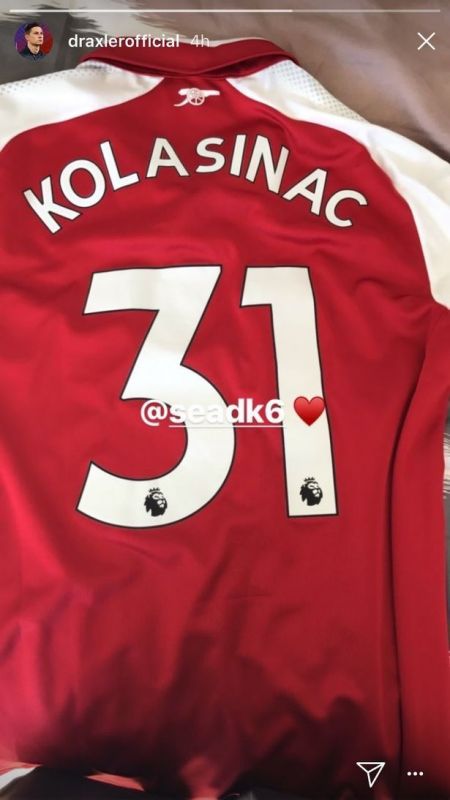 Just this summer Football.London reported that Arsenal has been invited to make a move for the PSG attacker who is struggling to find a place in Unai Emery’s first-team.

The arrival of both Neymar and Kylian Mbappe has hampered Draxler’s opportunities to play, with PSG now boasting an incredible array of attacking depth.

Draxler has managed to make just four appearances for PSG in Ligue 1 so far this season with two of these appearances having come from the bench. The 23-year-old is now approaching perhaps the most crucial stage of his professional playing career and is also competing for a starting place in Germany’s national team ahead of next year’s World Cup in Russia.

With Mesut Ozil and Alexis Sanchez both looking to be running down their contracts at the Emirates, reinforcements could be desperately needed next summer.

Draxler offers a direct playing style that would certainly compliment many of Arsenal’s passing midfielders. The German has been tipped from a young age to become one of the most prominent talents in world football and we certainly would love to see him playing in the Premier League.