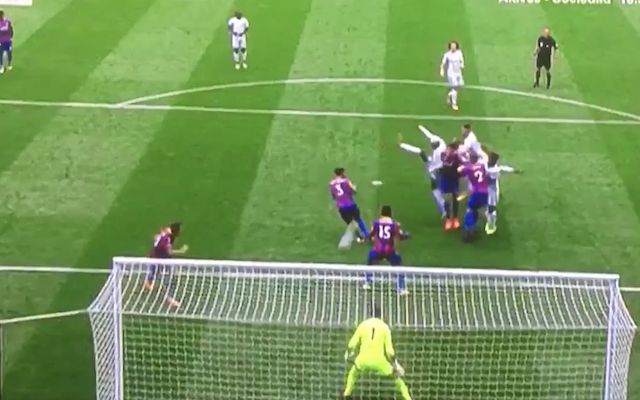 Tiemoue Bakayoko momentarily saved the blushes of Chelsea fans on the 18th minute after Crystal Palace had gone ahead at Selhurst Park scoring their first goal of the 2017/18 Premier League campaign.

The midfielder rose above every Crystal Palace player in the box on the 18th minute mark to nod the ball past Palace goalkeeper Julian Speroni.

Man United face struggle to keep ahold of youngster, Chelsea and Arsenal both interested in starlet

The home side had gone ahead in the 11th minute after Cesar Azpilicueta turned Andros Townsend’s cross into his own net. The cross from Townsend originally fell into the path of Palace midfielder Yohan Cabaye who’s poor touch bounced off of the Chelsea defender and past Thibaut Courtois.

Palace’s goal in the 11th minute was their first in over 12 hours of Premier League action with them failing to score at all so far this season. Roy Hodgson’s side started strongly into the game after a more than disappointing start in the league.

However, with seconds left in the first half Wilfred Zaha stepped up to put Palace back ahead after latching onto a ball from Mamadou Sakho.

Bakayoko’s goal also carries huge connotations with it after the midfielder pledged to dye his hair blue after his first Premier League goal. (We await the inevitable instagram of Bakayoko’s new lid.)

Bakayoko levels it up for Chelsea against Crystal Palace pic.twitter.com/E2fthxzGBg