Cristiano Ronaldo grabbed his first La Liga goal of the season in dramatic style as he provided the winning goal on 85 minutes as Real Madrid edged past Getafe 2-1. However, it was his howling miss earlier in the game that has got people talking after he missed from two yards out, accordion to BBC Sport. 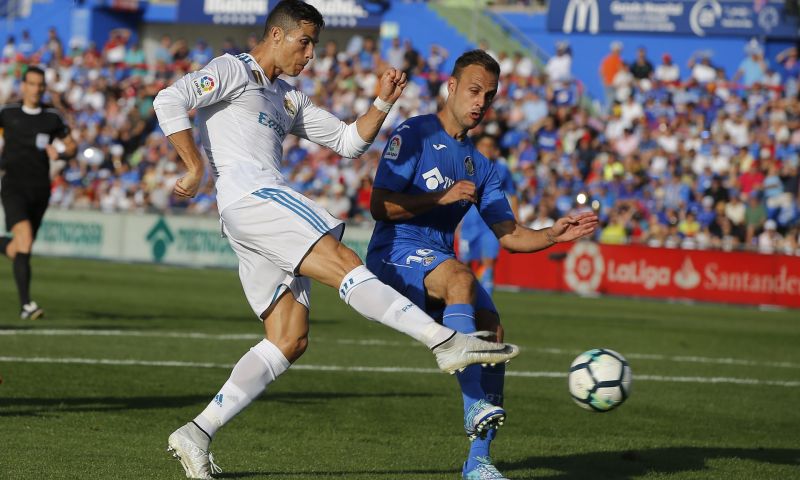 Following a free-kick, the Portugal captain saw a deflected ball bounce his way. With the goalkeeper out of sight, the net was gaping wide open but the striker failed to divert the ball into the hosts’ goal.

However, he made up for his error by tucking away the winning goal late on to break Getafe hearts and place Madrid back into the top two, although remain four points behind league leaders Barcelona having played a game more.

I think the former Madrid player will be happy with those stats.