A glimmer of hope on the horizon…

He might not be a Liverpool player just yet, but the Reds look like getting one hell of a talent in Naby Keita next summer.

The RB Leipzig midfielder played just one half of football in his club’s win over Bundesliga leaders Borussia Dortmund yesterday, but incredibly managed more interceptions than anyone else in the entire game.

According to BBC Sport, Liverpool have a deal in place to sign Keita next season in a club-record £48million transfer.

The Guinea international shone for Leipzig last season, establishing himself as one of Europe’s most promising young midfield players.

While Liverpool could not find a way past a defensively-minded Manchester United side this weekend, Keita’s immense performance in Leipzig’s midfield helped them to a big result.

Naby Keïta made more interceptions (4) than any other player on the pitch during BVB vs. RB Leipzig.

He only played the first half. pic.twitter.com/C5goWiUmCz

Squawka noted his tremendous contribution to his side’s victory, and Liverpool fans will just wish they could add him to their ranks this year instead of next.

Naby Keita – the next N’Golo Kante? 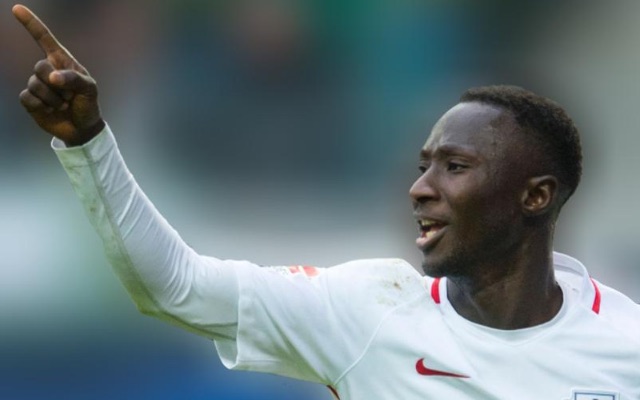 Numbers like this will be reminiscent of Chelsea star N’Golo Kante, who won PFA Player of the Year last season and whose tireless displays have seen him win two Premier League titles in a row with first Leicester City and then the Blues.

If Keita can come even close to replicating the Frenchman’s energy and commitment on the pitch, he’ll certainly be a big favourite among fans in the Kop end.

And since Liverpool already have him signed, sealed and delivered for the summer, how about going out and getting a specialist centre-forward, Jurgen?