Mesut Ozil turns 29 today, which should be a time of celebration for the Arsenal star, but it’s all gone a little sour early on…

The Gunners’ official Twitter page took it upon themselves to wish a happy birthday to Ozil this morning, but unfortunately for them, they’ve been inundated with criticism of the Germany international.

Arsenal Twitter is in a predictably foul mood this morning after yesterday’s tame defeat to Watford, during which Granit Xhaka also came under fire for standing around picking his nose as Tom Cleverley fired in a late winner for the Hornets.

Still, Ozil had another invisible game as he came on off the bench in the 61st minute, with fans and pundits alike quick to pounce on his lack of meaningful contribution. 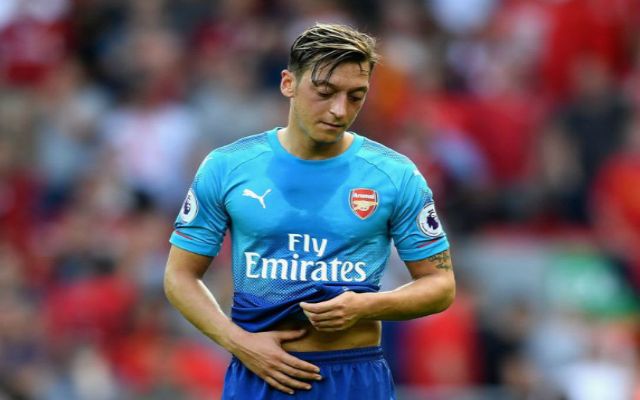 Martin Keown was particularly harsh on Ozil afterwards, blaming him for missing the chance that could have killed the game for Arsenal.

‘People might think I’m gunning for him, but you’ve got to be clinical in those situations,’ Keown told BT Sport, as quoted by Goal. ‘Is he really bothered? He’s just missed a chance to win a game for Arsenal.’

Delete this and just shut up for a few days.

As a birthday present, terminate his contract. Thanks

Happy birthday. But he’s one lazy bottle job! Doesn’t merit another contract, would rather have seen @JackWilshere come on instead

How about coming and saying sorry for that performance ??? Rather than getting us to be happy for someone who doesn’t want to play for us!!!

Why is he running in this pic?? Shouldn’t he be walking around hands on hips

Fkkk him. He’s now like a curse to the club, can’t get anything right. Played a part in our defeat yesterday