One Cristiano Ronaldo is usually enough to intimidate any opponent but for a few glorious seconds on Saturday Real Madrid fielded two CR7s on the pitch before the imposter was arrested by police and lead away from the ground.

The Ronaldo wannabe was kitted out in a full Real Madrid kit as he made his way onto the pitch at the Coliseum Alfonso Perez on the 21st minute. The imposter dodged security and even managed to spend some time with his esteemed Portuguese hero before he was lead away by security. The SportBible later reported that the fan was arrested pitch-side. Pictures can be seen below 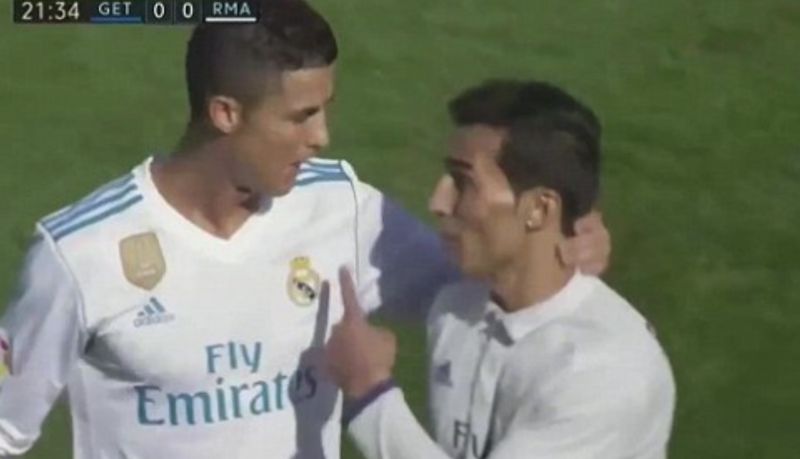 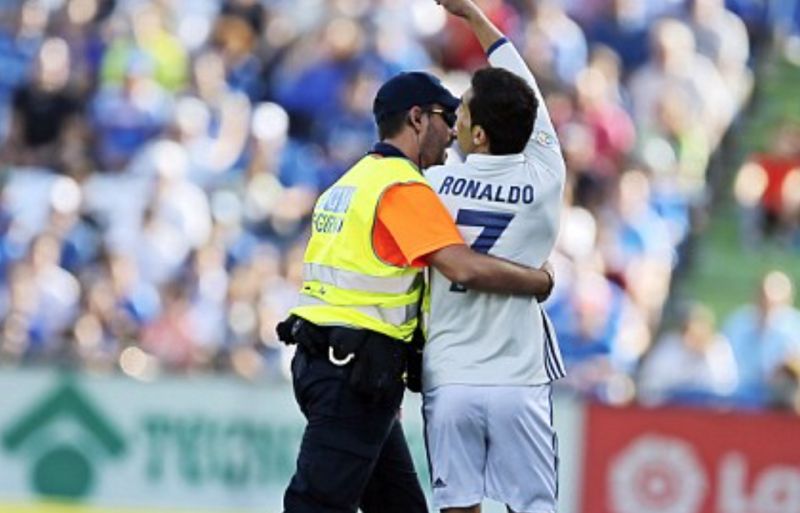 It’s not all doom and gloom, Liverpool fans: One seriously impressive stat to brighten up Reds’ weekends

The real Ronaldo similarly had a very productive afternoon as he rescued three points for Madrid in the last five minutes against Getafe. The victory means that Madrid were able to close the gap on La Liga leaders Barcelona but still remain five points apart.

It has been a tricky start for Real thus far in the league and they were not helped by the fact that Ronaldo (once again – the real one) picked up a suspension at the start of the season missing five matches.