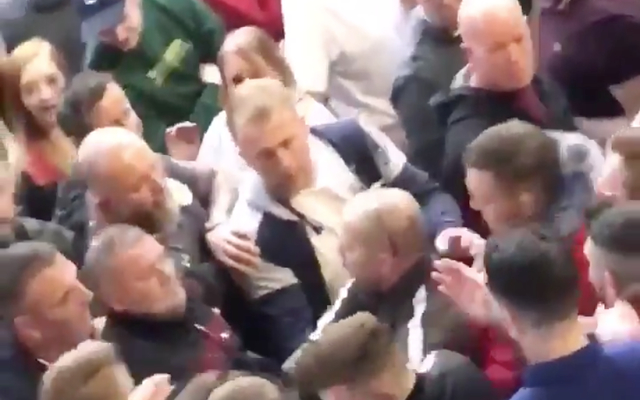 Things were going much better for Aston Villa and Steve Bruce in recent weeks, but then came Saturday’s trip to Wolverhampton Wanderers.

A 2-0 defeat at Molineux Stadium ended a four-game winning streak in the Championship, leaving Villa in seventh place after 12 games, still just outside the playoff spots.

While it isn’t the end of the world, it was a disappointing setback. Further, it’s never nice to lose to a local rival, and so emotions would have been high.

They certainly were for this lot as a Villa fan in attendance at the game spotted some of his peers break out into a fight amongst themselves in the stands.

It’s not really what you want to see as an Aston Villa supporter, as unsurprisingly there were plenty of comments left on the video poking fun at the club and the club’s faithful.

Villa need to secure promotion back to the Premier League sooner rather than later as they’ll be desperate to get back to where they believe they belong, and they’ll need the supporters behind them, not turning on each other.

Villa fans fighting amongst themselves at Wolves ?? pic.twitter.com/ZPsDSsXCKS