Kane has set out his conditions for a move.

Harry Kane’s agent has reportedly opened discussions with Real Madrid over a transfer despite recent rumours of a big-money Manchester United bid coming in next summer.

The England international has started this season in unstoppable form, scoring 11 goals in 10 appearances for Tottenham and prompting talk that United could try to buy him for as much as £170million, according to the Sun.

It’s easy to see how Kane could be a big hit at Old Trafford alongside fellow in-form front-man Romelu Lukaku, but Real Madrid also look to be in contention.

While Spurs will surely do all they can to keep hold of Kane, Real could also hold a major advantage in any transfer battle as the north Londoners would likely favour selling him abroad instead of to a major Premier League rival.

According to Diario Gol, Kane is also making advances towards the Spanish giants through his agent as he sets out his demands to make the move to the Bernabeu.

Harry Kane – the next Galactico?

The 24-year-old is understood to be pushing to be first choice for Real, which could mean the departure of current striker Karim Benzema, though he only recently signed a new contract. 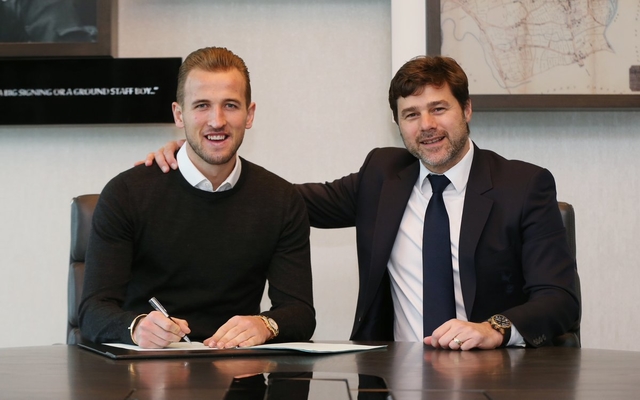 It remains to be seen if Kane will get his wish and be handed a starring role in Zinedine Zidane’s side, but it could yet be good news for United as Diario Gol claim his demands are non-negotiable.

Real have raided Tottenham in the past for star players such as Luka Modric and Gareth Bale, and Kane looks like another who could shine at a European powerhouse if given the opportunity.