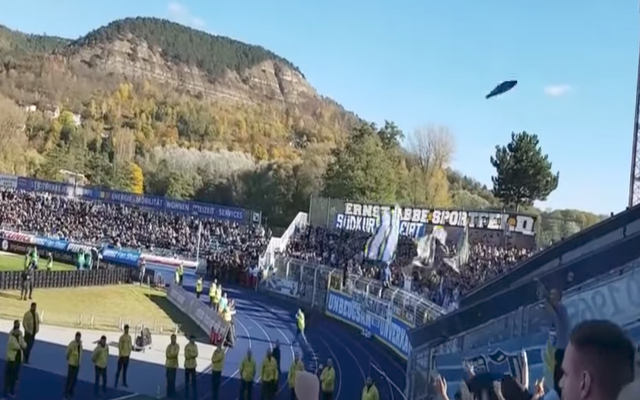 Hansa Rostock travelled to face Carl Zeiss Jena in the third tier of German football, and aside from trading insults through chants, they decided to share a gift that they brought with them.

Unfortunately for their rivals, they brought actual fish and sang: “We brought something for you: Fish, fish, fish!” as they lobbed the dead animals at the opposing stand, as seen in the video below.

While Carl Zeiss Jena released a statement after the game to play down the incident, the Hansa Rostock faithful surely aren’t going to get away with this one and will have to expect an email from the DFB in the coming days over the behaviour of their supporters.

You just have to feel for the fans that were struck by a fish though. Guess they were in the wrong plaice at the wrong time…