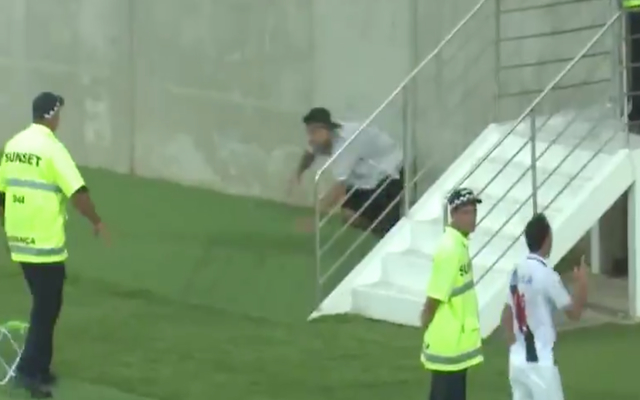 We all hate a pitch invader don’t we? While we have a moan about the delay it causes for the game to re-start, he or she is busy running circles round stewards.

Not this fella though! After making the heroic jump down to pitchside, he steadies himself before setting off on his path to making himself a hero.

The security people posted behind the goal spot him and prepare for a chase, only to see the man in question stumble his way to their feet and end up making it the easiest bit of work that they’ll have to do all year.

Full marks for bravery as it looks like he might have a had a couple pints before going for gold, but ultimately it’s a 0/10 from us for execution as this is a pitiful effort. Better luck next time!