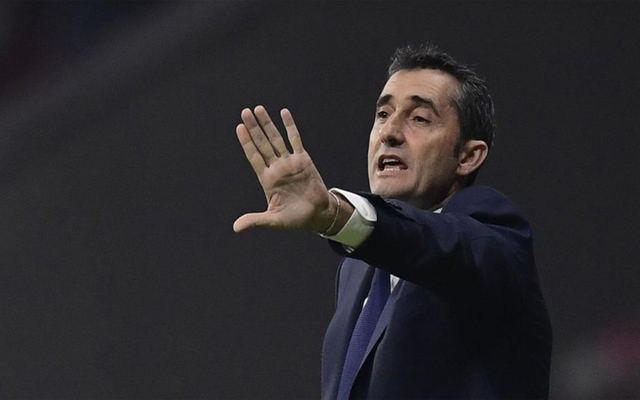 Barcelona were busy in the summer transfer market, and they’re reportedly set to pick up from where they left off in January.

After losing Neymar to Paris Saint-Germain, the Catalan giants eventually swooped for Ousmane Dembele to add to other notable signings Paulinho and Nelson Semedo.

With Ernesto Valverde guiding them to a very positive start to the campaign as they sit atop the La Liga table and their Champions League group, they could take the opportunity to really put their foot down and bring in January reinforcements to win major honours this season and beyond.

That’s the claim made by Sport, who suggest that Barcelona have three targets in mind for the winter transfer market to bolster a key area of the squad.

€130m summer target Philippe Coutinho remains an option, as per the report, although it has to be argued whether or not Barca can splash out such a big fee midway through the season if they couldn’t satisfy Liverpool’s demands all summer.

The Brazilian international also handed in a transfer request to push through a move, but ultimately Liverpool didn’t budge and their resolve couldn’t be broken.

A potential move in the new year is also complicated by the fact that he’s now cup-tied in the Champions League after featuring for Jurgen Klopp’s side in the group stage last month.

In turn, that’s where Bundesliga duo Julian Brandt and Max Meyer come into play as impressive alternatives. The pair are younger than Coutinho and will undoubtedly cost significantly less, with Sport noting that Brandt could command a fee of around €40m.

As Barcelona continue to be linked with players 25 and under, the German duo would fit what seems to be the new strategy at the club as they look to sign talented young players in a long-term rebuild of the squad.

A number of key stalwarts are in the 30 and over bracket now or are approaching it, and so planning ahead of time is a very sensible strategy from Barcelona with these three players all capable of making a big impact at the Nou Camp in the years to come.