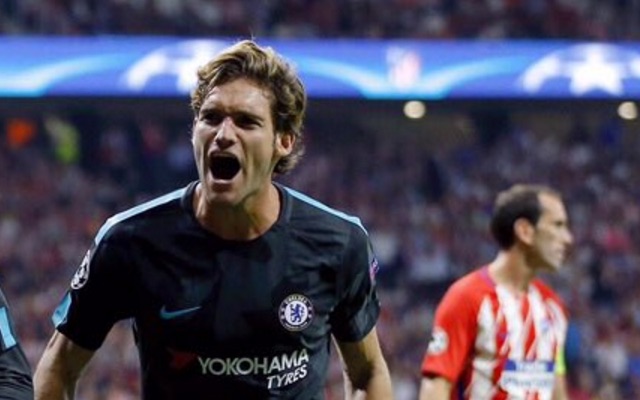 When Barcelona come knocking for one of your players, it’s going to be a tough ask keeping them at bay. That’s the job that now reportedly faces Chelsea.

Ernesto Valverde has led the Catalan giants to top spot in the La Liga table after eight games as they remain unbeaten and four points clear of their nearest rivals.

Further, they’ve claimed maximum points in the Champions League and have continued to impress under their new boss in his first season in charge.

However, it’s to be expected that he will gradually continue to make changes to the squad to stamp his own mark on it and lead them to further success.

According to Don Balon, as re-reported by The Daily Mail, he isn’t convinced by Jordi Alba and so Chelsea’s Marcos Alonso has been singled out as the ideal replacement, just over a year after his £25m switch to Stamford Bridge.

The 26-year-old has come a long way from his days in the Real Madrid youth team, as although that was a significant price-tag for a left-back, his improvement and development at Fiorentina showed that he was ready for a step up.

In turn, he was an almost ever-present for Antonio Conte last season as he played a fundamental role in the club winning the Premier League title. With little competition, he was a constant presence in the line-up at left wing-back, and he has continued that fine form this season.

However, it now remains to be seen whether or not a return to Spain is too appealing an offer for him to turn down, while the Catalan giants are also said to have Alex Sandro, Jose Gaya, Raphael Guerreiro and Marc Cucurella on their shortlist.

Chelsea didn’t address the lack of depth in that position this past summer, and so they’ll be doubly desperate to keep hold of Alonso.

With Barcelona said to be interested though, it could be difficult while it’s hard to find value for money in defenders in today’s transfer market and his exit would surely force Chelsea to splash out again.

Roma and Napoli prepare to do battle over Barcelona misfit October 3, 2020 21:44
Roma