Mauricio Pochettino’s side made a perfect start to the game, as his side took the lead in the 28th minute after a ball from summer signing Serge Aurier was flicked towards goal by Harry Kane, with the Englishman’s attempt taking a nick off of Raphael Varane before going into the back of the net.

The home side managed to find an equaliser in the 43rd minute, and you can guess who scored it. Portuguese sensation Cristiano Ronaldo converted from the spot after Toni Kroos was fouled by Serge Aurier. 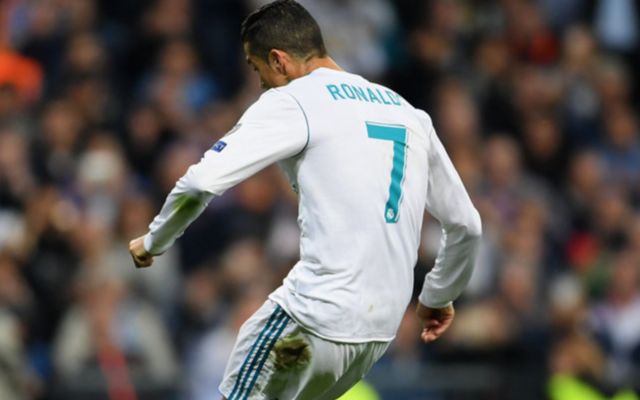 The home side a glorious chance to take the lead within the first five minutes, however Ronaldo saw his firm header smack the post, with Karim Benzema skying the rebound.

Zinedine Zidane’s side piled on more pressure as they went close again in the 30th minute, as Isco fired a shot at goal from just inside the area, however Hugo Lloris was on hand to turn the ball behind.

Los Blancos then went even closer eight minutes after half time, and it was Benzema’s time to be denied by Lloris, as the Spurs ‘keeper spread himself excellently in order to deny his former teammate.

It was then Spurs’ time to threaten, and it was Kane who came ever so close to giving the away side the lead, however Keylor Navas produced an absolutely stunning save to deny the in-form forward his sixth Champions League strike of the season.

For Real Madrid, this will be seen as two points dropped, as the reigning European Champions had more than enough chances to win the game comfortably.

For Spurs, this result will be see as a big one for Pochettino’s side, as they’ve now got a good chance of topping the group should they beat Madrid at Wembley.