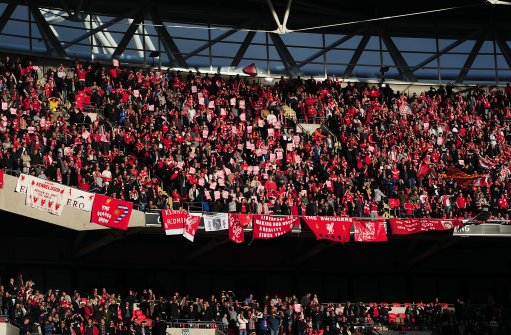 Liverpool fans love a European away day, especially in the Champions League. Gameweek three saw them travel to Slovenia to take on Maribor for their third group game after failing to win neither of their first two matches.

It didn’t take long for the Reds to score with Mohammed Salah bombing down the right flank to square to Roberto Frimino who tapped into an open net  after just three minutes.

Here is what the travelling supporters looked like moneys after the goal went in: