Arsenal travel to Serbia to take on Red Star Belgrade in the Europa League on Thursday and the travelling fans will see one player make his first start for the Gunners for over eleven months.

According to the Evening Standard, Mathieu Debuchy is set to line up for the first time since last November when he was taken off after sixteen minutes after picking up a hamstring injury against Bournemouth.

Debuchy signed for the London outfit from Newcastle in 2014, going on to make just 23 appearances in three years.

The report says the French full-back could start as one of the three centre-backs Arsene Wenger is planning on fielding, with Per Mertesacker, Nacho Monreal and Laurent Koscielny all left at home.

Petr Cech is expected to start after David Ospina did not travel with the squad with Olivier Giroud starting up top.

Arsenal are top of Group H after winning both previous games against Koln and BATE Borisov. 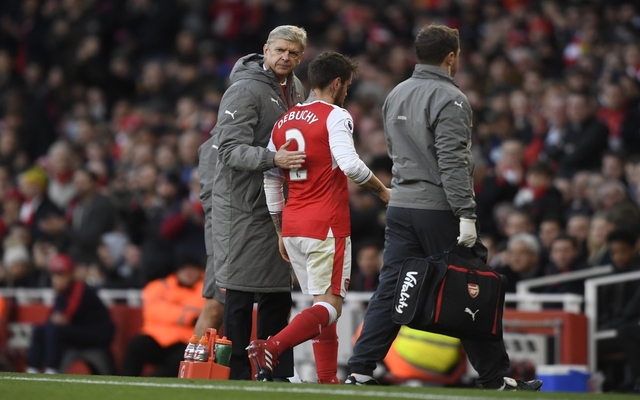 Wenger has largely fielded weakened teams in this competition so far this season, though even that has not yet seen Debuchy handed a return to the first-team fold.

Many Gooners will surely have felt that the 32-year-old would likely never play for their club again after so long in the wilderness and various rumours that he could leave over the summer.