After failing to capture the signature of Liverpool midfielder Philippe Coutinho, Barcelona are now eyeing up another of their players.

According to Don Balon, initial approaches have been made to the 18-year-old, who is regarded as one of the brightest prospects coming through at Anfield at the moment.

Woodburn only made his debut last season against Leeds where he netted a late goal to help Liverpool to a 2-0 win and thus became the club’s youngest ever goal scorer at just 17 years and 75 days old.

The youngster also shot into the headlines after netting the winning goal in Wales’ crucial World Cup qualifier against Austria last month.

As a result of his terrific form since his memorable debut, the Liverpool Echo report that Liverpool are braced to table a new contract in an attempt to tie him down to a longer deal and aid his development. 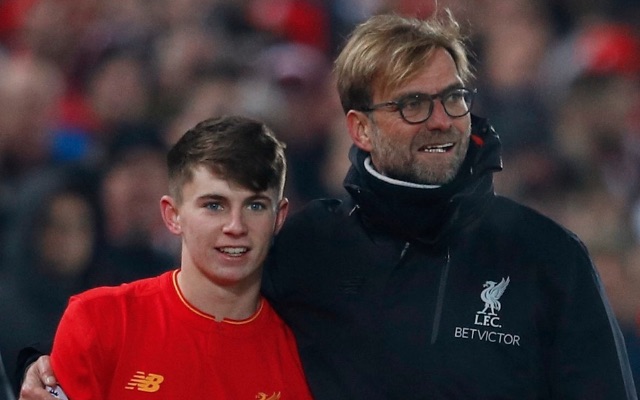 The winger has made just one appearance for the Reds so far this season, coming on as a substitute against Leicester in the League Cup.

Barca’s interest in Woodburn follows a summer of trying to prise Coutinho away from Liverpool, with BBC Sport reporting that they failed with three bids for the Brazilian.

While Woodburn is by no means at Coutinho’s level just yet, Barca are known for giving opportunities to talented youngsters to develop at the Nou Camp.