Are Barcelona lining up a double raid?

Barcelona sporting director Robert Fernandez was seen on a scouting mission at Real Madrid vs Tottenham last night as they played out a 1-1 draw in the Champions League.

The Catalan giants are said to be keen on Spurs pair Christian Eriksen and Davinson Sanchez, with Fernandez running the rule over the duo at the Bernabeu, according to Sport.

The report also claims Dele Alli is in the club’s thinking, though he was suspended for the game so could not take the chance to impress his potential suitors.

Eriksen has been one of Tottenham’s best players in recent times, and looks ready to make the step up to a bigger club if the offer came along.

The Denmark international has three goals and two assists to his name so far this term, and has reportedly been identified as a player ideal for Barcelona’s style of football. 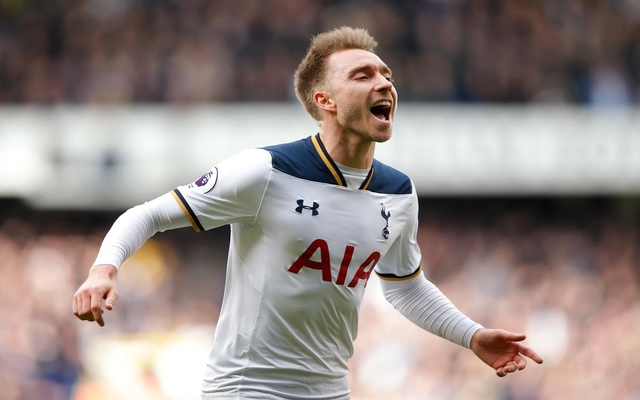 Fernandez’s presence at last night’s game could also be good news for Liverpool, with Sport claiming Eriksen is being considered as an alternative signing in that part of the pitch.

Sanchez has also impressed in his brief time in north London, having also emerged as a stand-out talent at previous club Ajax last season.

Despite only recently joining Tottenham, the Colombian youngster’s fine form has also sparked some interest from Barcelona.